Getting to Know You

Consider the pluses and minuses of each crowdfunding platform before making a decision. Call it a “dating” period, a time to get to know what they can do to help you. For example, personal funding requests thrive  on gofundme, which has raised $9 billion from over 120 million donations, while Kickstarter, is better for tech-savvy products.

Gofundme,on the other hand, opts to request a donation for the use of their platform. GoFundMe thrives on helping with housing costs or medical costs of people in need, not for needing help with building a super-cool tech gadget or getting help with making your movie.

Secondly, Kickstarter has raised far more than Indiegogo in part because many donors shy away from pledging to a product that may never get made. At $1.6 billion, Indiegogo has earned three and a half times less of Kickstarter’s total money raised, and and about 5.7 times less than GoFundMe’s raise total. Thus, it’s smarter to give your donors the safeguard of knowing they won’t have to pledge their money unless your campaign achieves 100% funding. 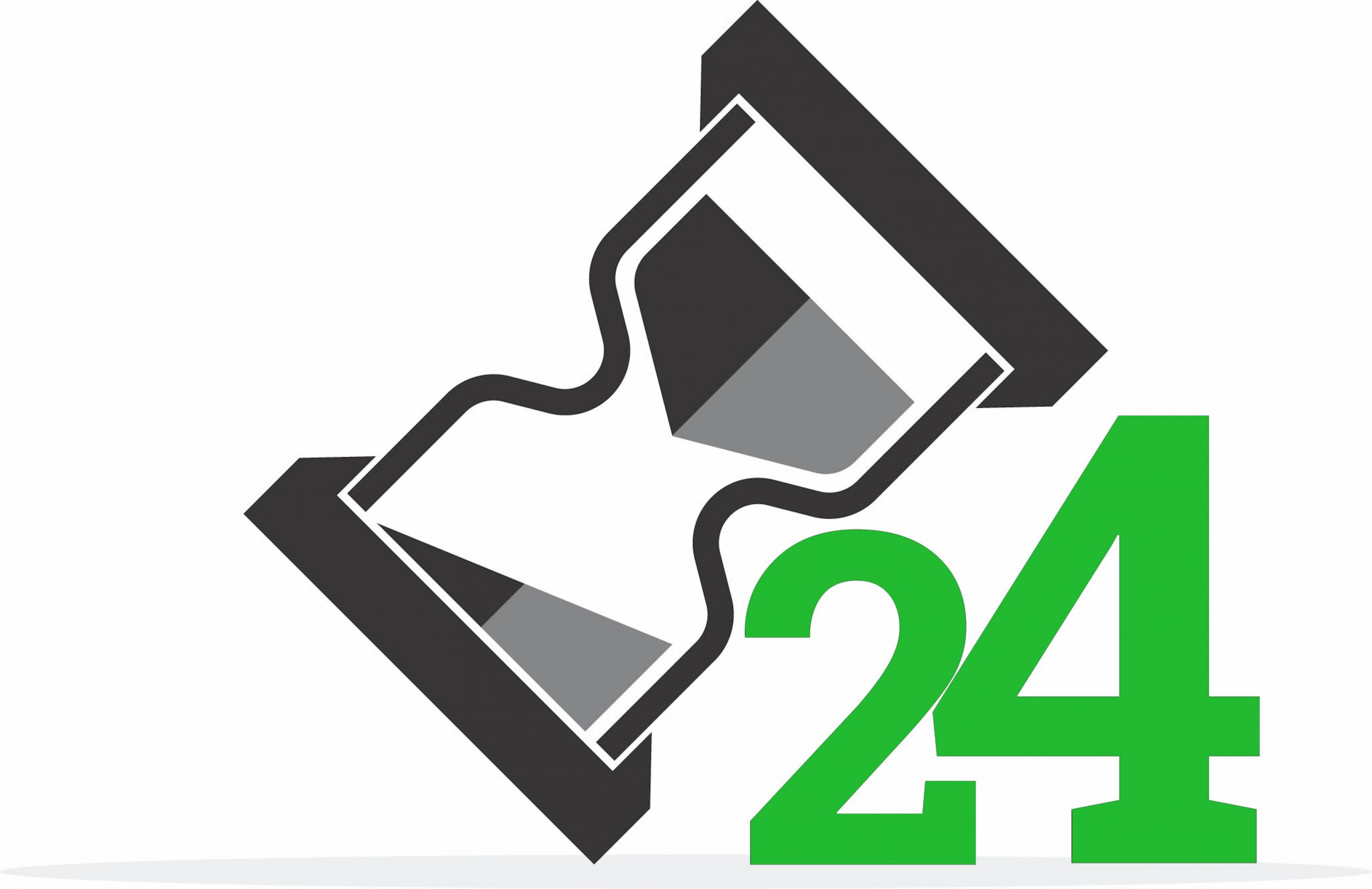 Hourglass24 is Igniting 24-Hour Crowdfunding Campaigns for the Entertainment Industry
Crowdfunding Campaigns earn most of their pledges in the first 12 hours and the last 12 hours, regardless of how long the campaign is. Thus, there’s no reason to agonize through 30 to 60 stress-filled, labor-intensive days when you can have your project ignited, showcased, and funded within 24 hours. Hourglass 24 creates high-impact crowdfunding campaigns for Feature Films, Documentaries, TV Series, Web Series, Short Films, Video Games, Music Videos, Comics, Plays, Screenplays, Film Festivals, Music Festivals and Screenplay Contests.

Hourglass24 has a quickly growing community of well over 1 million people who have all backed multiple entertainment crowdfunding projects.  We’re not just another site; we are a destination on the crowdfunding map.

Hourglass24 is new to the scene, but they’re disrupting the entire crowdfunding space by launching 24-hour, laser-targeted crowdfunding campaigns. Their payouts are far quicker, and they perform SEO on your project, which is included in their fee, as is distribution advice and film festival advice.

First of all, Kickstarter backers are 70% men and 30% women, while Indiegogo has about 58% men and 42% women. Kickstarter backers have more education and disposable income than their Indiegogo counterparts, which is likely why higher-priced items tend to do better on Kickstarter. However, with a 42% woman backer population, Indegogo may be a perfect home to launch a project that is intended for women to be the primary consumer. So again, “knowing the family” is crucial to your success.

Cheating on your platform will hurt you more than you think. Marketing your item over two different platforms is like going up to two random people, asking them to marry you, and hoping that at least one of them accepts. Thus, instead of “hedging your bets” on multiple platforms, you should do your research and find the one you love before you choose to marry it. Because only with love, focus, and a relentless desire to succeed, will you achieve real success. So, go for it! Marry the right crowdfunding platform for money, because doing so gives you the best shot at achieving greatness.

Before I  sign off, I wanted to give you a few cool videos which may help yoor crowdfunding campaign. Here’s some insight into tips for making a compelling crowdfunding video:

Furthermore, heres a vedio that discusses the difference between Kickstarter and Indiegogo.

Thank you for lending me your eyes, and I hope you have a wildly productive day!